Spearheading rights-based, sustainable initiatives and partnerships to protect and restore the Peruvian Amazon

Approximately 59% of Peru is covered by forest, including more than 68 million ha of tropical rainforest across the Amazon and Andes.

Peru is home to around 5 million indigenous people representing 55 distinct ethnicities speaking 48 languages. There are 2,434 registered indigenous communities, almost half of which are located in the Loreto region. At least 20 indigenous peoples living in the Peruvian Amazon continue to live in voluntary isolation.

Indigenous peoples’ land rights are recognized in Peru under Decree Law 22175 of 1978, which has facilitated approximately 24% (13’881,756 ha of forest) of the Peruvian Amazon to be titled to indigenous communities.

Peru’s forests – which store 28.4 Gt of carbon – are among the most deforested in the world. Between 2001 and 2019, Peru lost 3.12 million hectares of tree cover (or 4%) to deforestation, resulting in 1.48Gt of CO₂ emissions. 2 million of those hectares were primary rainforests, amounting to a 2.8% decrease in Peru’s total primary rainforest. In 2019, Peru was third in Latin America and fifth worldwide of tropical countries that lost the most primary forest that year.

According to Peruvian Law 29763, deforestation is prohibited in indigenous territories. But increasing pressure for intensive land uses often results in illegal intrusions on indigenous lands, sparking violence and intimidation against indigenous forest defenders.

Rainforest Foundation US focuses its work in Peru in the eastern and northeastern Amazonian regions of Loreto, Ucayali, and Madre de Dios.

Our current initiatives in Peru include: 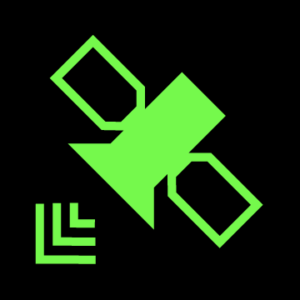 RFUS has spearheaded the exploration of a unique and potentially game-changing system using blockchain technology to financially support indigenous communities through conditional payments for results for forest protection and restoration work. This program is being implemented in several pilot communities, and will be scaling up in 2020 and beyond.

In addition to continued support for the Justice for Saweto Campaign, RFUS is collaborating with the research, evaluation, and learning network EGAP (Evidence in Governance and Politics) to produce evidence of reduced deforestation as a result of its community-based territorial monitoring work, which will serve multiple advocacy uses in the coming years. Since 2014, the RFUS legal team has been leading an emblematic, unprecedented case to prosecute and convict the architects of the 2014 massacre of four indigneous leaders from the indigenous community of Saweto by illegal loggers. The ongoing Justice For Saweto campaign elevates this case in the public domain, allows the leaders to continue to combat rampant illegal logging in the area, and ensures that the community has the necessary financial support to remain safe as they carry out their advocacy and defense. An article in Forbes describes the work of indigenous leader Betty Rubio Padilla, who uses satellite technology and deforestation alerts in order to quickly detect and respond to illegal incursions. Executor of the Amarakaeri Communal Reserve Administration Contract (Ejecutor del Contrato de Administración de la Reserva Comunal Amarakaeri, or ECA-RCA) ECA-RCA represents 10 indigenous communities along the buffer one of the of the world’s most biodiverse protected areas. ECA co-manages the communal reserve with the National Protected Areas Service of Peru (SERNANP) ensuring the conservation of biological diversity and the benefit for its associates.

The indigenous Asheninka community of Saweto, located in eastern Ucayali, suffered from the massacre of their leaders by illegal loggers in 2014. RFUS leads the legal representation of Saweto, while also facilitating their land titling and security. The Justice for Saweto campaign aims to ensure the Saweto issue remains visible and to help raise the necessary financial support to ensure the community and the widows remain safe. RFUS coordinates with multiple national and international governmental and non-governmental allies to support this effort. The Interethnic Association for the Development of the Peruvian Jungle is the spokesperson organization for the indigenous peoples of the Amazon in Peru, which works for the defense and respect of their collective rights. AIDESEP has 109 federations that represent 1,809 communities where more than 650,000 indigenous men and women live, grouped into 19 linguistic families.