The following four priorities guide our work in Latin America:

Tropical rainforests are the oldest and most diverse ecosystems on the planet. Undisturbed by ice ages for roughly 20 million years, rainforests have evolved to harbor a rich network of flora and fauna found nowhere else on Earth. Although rainforests span only 6% of the earth’s surface, they are home to half of the world’s animal and plant species.

Rainforests perform essential ecological functions that support life both locally and globally. They provide food, medicines, and materials for housing, clothing, and other household needs. Rainforests supply fresh water from its rivers, the rainfall that feeds our agricultural systems, and at least a third of the oxygen we all depend on. Their trees and plants protect against floods and erosion. While rainforests furnish two billion people with livelihoods, their services benefit billions more.

Ongoing rampant deforestation and global climate change fragment and undermine the integrity of rainforests, threatening their survival. Scientists warn this degenerative process could cause a “tipping point” leading to ecosystem collapse. Rainforest Foundation US is committed to ensuring that these majestic, complex ecosystems remain intact and protected so that they can continue to provide for the plant, animal, and human communities that depend on them well into the future.

Indigenous peoples have inhabited the rainforests of the world for millennia, living according to values, beliefs and traditional knowledge systems  based on close observation and interaction with their environment. Growing evidence links high biological diversity and greater carbon density in tropical forests with the traditional land management practices of indigenous peoples, revealing how their practices contribute to forests that are healthier and even more robust over time.

Under the United Nations Declaration on the Rights of Indigenous Peoples (UNDRIP), indigenous peoples are recognized to hold particular collective rights as peoples. These include their rights to self-determination and to maintain their distinct political, legal, economic, social and cultural institutions; their rights to own and manage their traditional lands, territories and resources; and their rights to live according to their cultural values and ethnic identities, free of discrimination and violence, as well as free, prior, informed consent over polices, programs and projects which will impact their lands and territories.

Rainforest Foundation US believes that to protect and sustain the world’s tropical rainforests we must recognize the rights of the indigenous peoples who have been responsibly stewarding these forests for centuries and make those rights effective on the ground. Indigenous peoples are entitled to own and manage their traditional lands; without secure rights, their very survival hangs in the balance.

The global climate crisis threatens the survival of humanity and Earth’s ecological systems. If not reversed, the crisis will bring significant sea level rise, more severe droughts, floods, fires, and storms, all of which will result in even more extreme hunger, disease, and economic disturbance and ever greater waves of climate refugees. Natural climate solutions – such as forest protection and restoration, and sustainable land uses such as agroforestry and permaculture – are among the safest and most cost-effective measures to address the climate crisis. Together they can contribute to up to 30% of the actions needed to keep the planet habitable, along with bold reductions in emissions from industrial countries.

Rainforests are natural carbon sinks that surpass even the most sophisticated human-engineered carbon sequestration technologies. Not only do tropical forests capture significant levels of carbon emissions from the atmosphere, but they store that carbon for long periods in the leaves, trunks and roots of trees and other plant life, and eventually in the soil as it decomposes.

But deforestation exacerbates the climate crisis as felled trees are burned, releasing their carbon reserve back into the atmosphere. Rainforest Foundation US works to mitigate the climate crisis by addressing the major drivers of deforestation that put rainforests and the survival of indigenous peoples at risk: mining, agribusiness expansion, land grabbing, oil exploration and extraction, illegal logging, and poorly planned infrastructure development.

‘Sustainable development’ is economic growth that does not degrade natural systems. Dedicated to improving opportunities for productive livelihoods and providing basic services like education and healthcare, it is a marriage of human and environmental well-being.

Given that approximately 80% of the world’s poor rely on forest resources, it is critical to develop sustainable, forest-based economies that can reduce poverty. Because of their social and political marginalization, indigenous communities are often at the ‘bottom of the economic pile,’ as threats to their lands and cultures deepen their poverty and disempowerment. For this reason it is essential to expand sustainable markets, payments for ecosystem services, and direct finance for local development initiatives.

The UN’s Sustainable Development Goals provides a global framework within which national governments advance on their own path towards sustainable development. The work of Rainforest Foundation US contributes to several Sustainable Development Goals, including climate action, conserving terrestrial ecosystems; responsible consumption and production; economic growth; peace, justice and strong institutions; and partnerships. Stories from the Ground 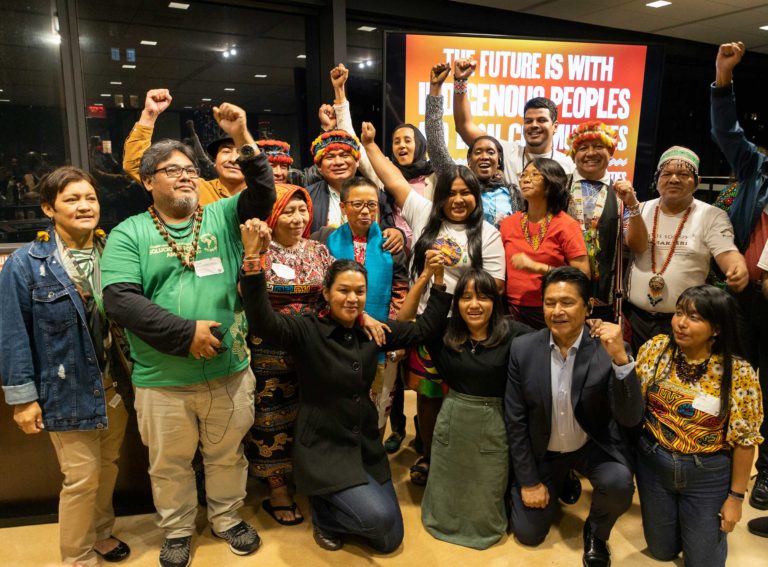